My son with fighter pilot dreams ships out to Marine Boot Camp on Monday.

We’ve known for months that December 9 was The Date. When this former theater geek told me he wanted to be a Marine pilot back in May, he completely blindsided me. But I sucked in all my sputtering emotions and asked, “Okay, what do I need to do to help you?” We signed the paperwork, he started the Delayed Entry Program, and the dream began to take solid shape. And in shaping of his own future, he started to embrace new things. And he learned how to let go of things you can’t control.

He turned the corner from malaise to stalwart purpose. He started working out. Began learning Marine history and memorizing the Code of Conduct. And he hasn’t wavered.

But his ship-out date now rests in the hands of the United States Postal Service.

It’s a crazy muddled mess borne of my boy trying to do the right thing. He got his driver’s permit at the end of October. The day before Thanksgiving he passed his driver’s test. The DMV punched a hole in his Washington State ID and told him his official driver’s license was in the mail. Which it is.

But in the meantime this left him without a legal ID. Which means the military can’t let him fly. Which means that if his driver’s license doesn’t show up in the mail in the next 30 hours, he can’t ship out. His buddy will have to head to Boot without him. And if he doesn’t ship, another family loses their recruit earlier than they expected.

Suffice it to say, with everything else going on around here, it’s been a stressful week. I’m exhausted. I ache all over. And I can’t think straight.

Too many plates are spinning and I’m getting dizzy.

I feel like I’m living in a parallel universe, one where up is down and the craziest uncertainties are the normal realities. I’ve been dousing myself in Peace and Calming. I’ve cut back on coffee. I’m trying to eat healthy.

Despite all this, I crawled into bed at 6:53 last evening, fatigue taking over. My brain didn’t capitulate and instead flashed a steady stream of newly imprinted Marine acronyms: ASVAB. MEPS. PT. MCRD. IST. PST. CFT. MOS. MCT. SERE. The Matrix. The Crucible.

But I realized something in that dark moment of exhaustion, staring up at an even darker ceiling, unable to sleep.

I can’t fix my problems without letting go of the things I can’t control.

My heart is the part that’s all flummoxed. I need to take my own advice and move forward with my Next 5 Steps. And when I’m done, I need to start them over again.

Eyes close. My shoulders drop as my belly expands.

Palms open. I was made to bend but not break.

Deep breath. I am safe.

Slow exhale. I am loved.

Trust the process. If he stays another week, it’s our gain.
If he goes, he’s one week closer to his strengths becoming stronger.

Practice patience. The flower unfolds one petal at a time.

Say thank you. There is beauty in the slow opening.

Savor every moment. Don’t rush ahead. Don’t hold tightly to the past. Color nothing with complaints. Accept. Grow. Move forward.

When you learn how to let go of things you can’t control, a quiet calm returns.

I have two hours before mail delivery. I don’t know if the postman will leave my son’s license. But I must remind myself that knowing whether or not his license is in the mail changes nothing about the future. The part that changes the future is how I think about this whole experience. That’s where it gets down to fixing problems. I can fight the unknown and waste this moment. Or I can lean in and live fully present.

Are you going through a heart-jittering season right now as well?

Are your kids sick or your profits slagging or your marriage tottering? I feel you. I’m here in the mucky middle with you. Take it one moment at a time. One hour, one minute, one second to the next.

Focus on today with me, the moments we’re in right now. We’re in this together. And that’s part of what makes this life so good. When we live in community, we can start learning how to let go of things we can’t control. 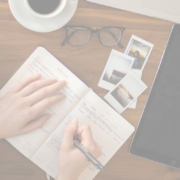 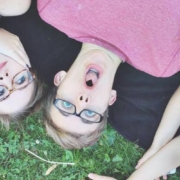 Take a Deep Breath, Everything Will Be Okay in the End 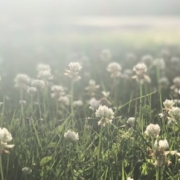 A Reminder for When You’re Feeling Overwhelmed
0 replies

Want to join the discussion?
Feel free to contribute! 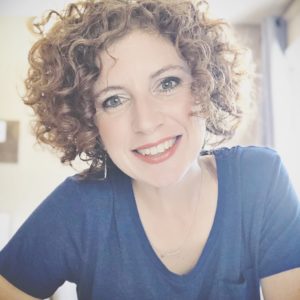 I’m an idea partner and co-creator for women-owned small businesses. I see the spaces between things and intuitively build connections, strategizing and building process.

5 Next Steps For the Overwhelmed Mom

This site uses cookies. By continuing to browse the site, you are agreeing to our use of cookies.

We may request cookies to be set on your device. We use cookies to let us know when you visit our websites, how you interact with us, to enrich your user experience, and to customize your relationship with our website.

Click on the different category headings to find out more. You can also change some of your preferences. Note that blocking some types of cookies may impact your experience on our websites and the services we are able to offer.

These cookies are strictly necessary to provide you with services available through our website and to use some of its features.

Because these cookies are strictly necessary to deliver the website, refuseing them will have impact how our site functions. You always can block or delete cookies by changing your browser settings and force blocking all cookies on this website. But this will always prompt you to accept/refuse cookies when revisiting our site.

We fully respect if you want to refuse cookies but to avoid asking you again and again kindly allow us to store a cookie for that. You are free to opt out any time or opt in for other cookies to get a better experience. If you refuse cookies we will remove all set cookies in our domain.

We provide you with a list of stored cookies on your computer in our domain so you can check what we stored. Due to security reasons we are not able to show or modify cookies from other domains. You can check these in your browser security settings.

We also use different external services like Google Webfonts, Google Maps, and external Video providers. Since these providers may collect personal data like your IP address we allow you to block them here. Please be aware that this might heavily reduce the functionality and appearance of our site. Changes will take effect once you reload the page.